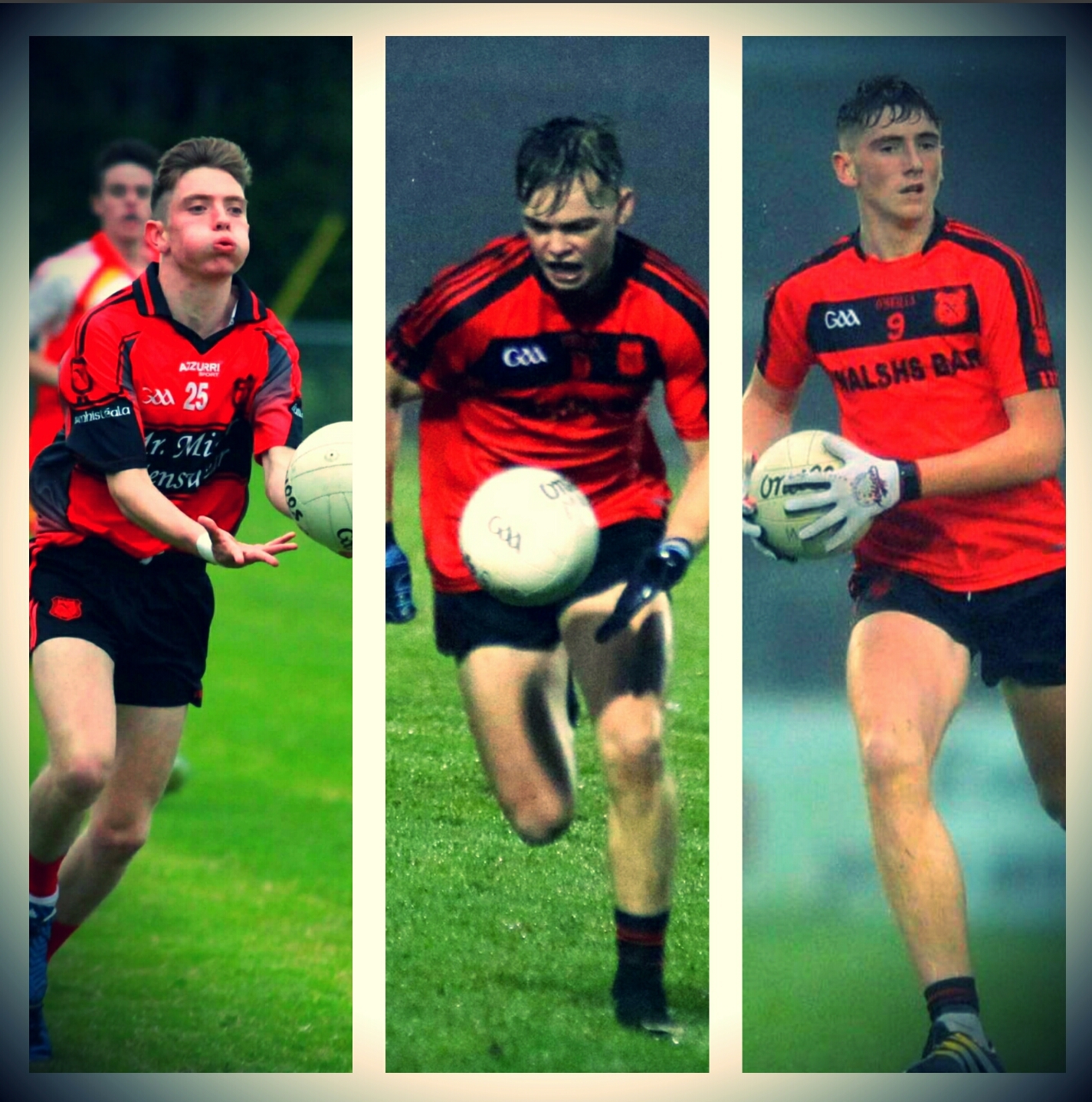 Published: over 3 years ago

Download our mobile app to hear more about Mitchelstown G.A.A..

All 3 Start For Cork Minor Footballers.

Mitchelstown have the honour of providing three players on the Cork Minor Football team who face Tipperary this Wednesday night in Semple Stadium.

Lorcan Finn will for the second year start at corner back in Cork’s opening game of the campaign & he is joined by Mark Keane , who had a powerful display for Cork u17s last week & is rewarded by starting at midfield against Tipperary.

Cathal O’Mahony who played an important role in Cork’s run to the All-Ireland semi-final last term starts at full forward & will offer Cork lots of scoring opportunities from both play &  deadball situations.

Not since 1976 have Town been fortunate enough to have so many involved with a Cork Minor team when Michael Mullins (midfield), Mick Shinnick (corner forward), Ger Mulcahy (full forward) started for Cork vs Limerick  & also had Michael Griffin hold the no. 16 shirt in a year that saw Cork getting all the way to the final.

Mitchelstown have a proud tradition with Cork Minor Football having had many players & selectors involved down the years & it’s nice in the final year of this competition to have three players involved from our Club who also provided Cork’s first All-Ireland Minor winning captain Ned Coughlan back in 1961.

Congratulations to the three boys, their parents, families & juvenile & schools coaches who have helped  them get to this point in their careers. Here's hoping that these three will have plenty more games in the red of Cork.

Town Play Charleville In U21 Championship

Mitchelstown play Charleville in our second game in this ...

Get live information for Club on the ClubZap App